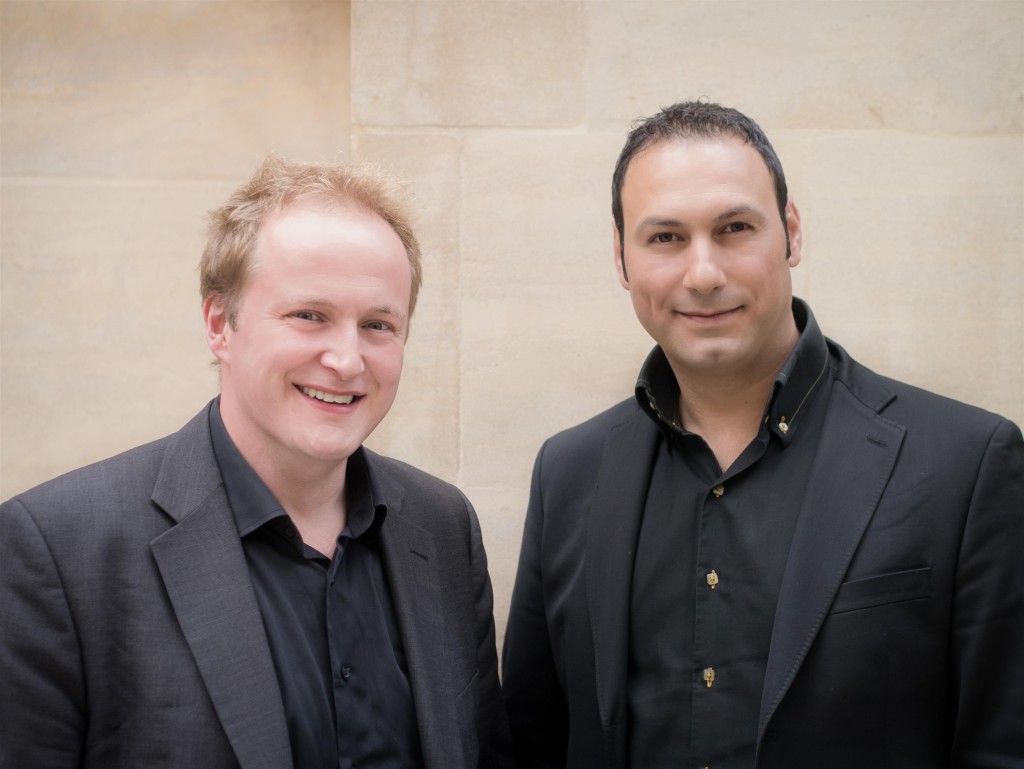 His belief in the positive power of music within society is reflected in the wide-ranging projects of which he is currently a major figurehead. From his own ensemble Tafahum, major projects and collaborations at London’s Southbank Centre, his own commissioned works including with the First Nation communities of Alberta, Canada to his commitment to outreach and development work as well as appearing on stage with leading ensembles across the globe, Ellin’s belief in a musical world without boundaries is equalled by a tireless commitment as a guest artist and as a Music Director.

His 2016/2017 Season holds many highlights. As Music Director he will lead the 125th Season of the Slaithwaite Philharmonic Orchestra and the 40th Season of the ‘Thursford Spectacular’ in the UK. The season also includes the world premiere of his oratorio, ONE BEFORE ZERO, commissioned by the Orchestre de Picardie, as part of the centenary commemorations for the Battle of the Somme; all of this alongside concert tours with TAFAHUM, two recording projects and numerous guest conducting engagements including the Orchestre Philharmonique de Radio France in Paris.

A multiple award winner, Benjamin was a laureate and awarded the Public Prize from the inaugural Evgeny Svetlanov International Conducting Competition in 2007. In September 2009 Benjamin was awarded the Barlow Endowment Prize for composition, becoming only the second British composer in twenty-five years to be awarded the prize. The New York Philharmonic’s Principal trombonist, Joseph Alessi, premiered his subsequent commission for a trombone concerto in April 2012 in the USA. Benjamin’s debut composition CD, Three States at Play, was released in Spring 2012 to critical acclaim.

Louai Alhenawi is a Syrian musician, teacher and composer. He specialises in the ney (Arabic flute), Arabic percussion (dabuka, daff and riqq) and Middle Eastern music., Louai studied at the eminent Damascus Conservatoire graduating in 2001.

Following his studies he spent a year as a teacher at the Conservatoire and held the prestigious role of ney soloist in the Syrian National Orchestra Symphony and the National Arabic Orchestra. During this time he also performed with the iconic singer Fairouz and completed several compositions including the film ‘Sana Baad Sana’ produced by Syrian TV. At the start of 2002 Louai was chosen to be a member of the Dutch theatre production company Zt Hollandia which toured throughout Europe.

Since coming to the UK at the end of 2002 he has been involved in many performances, teaching projects and collaborations as well as recording and touring world wide with many artists including Oojami, Terry Hall, Natacha Atlas, Shakira and others. He also leads and composes for his group Al-Farabi ensemble performing spiritual and Arabic classical music.